After nearly three years living in Istanbul, I finally treated myself to a weekend in Cappadocia. This region is often featured on the must-see lists and riding a hot-air balloon during the sunrise is on the must-do lists.

Many people that I work with recommended I stay at Kelebek Hotel in Goreme. They offer discounts if you are traveling alone, and there is a summer discount this year as well. Their website shows you pictures of every room that they have so that you can choose which one you want for your stay. The view is stunning (perfect for watching the hot air balloons during the sunrise), the breakfast is outstanding, and it has a small pool if you need to beat the heat. If you’re looking for a cave hotel, I’d highly recommend Kelebek. The entire staff is incredibly friendly, too!

Kelebek arranged airport transfers for me for about 30 TL each way (Kayseri Airport as the Nevsehir Airport is under construction until October). If you’re arriving by bus, the hotel is close to the bus station (although uphill a bit).

There are quite a few tour options in Cappadocia. I decided to go on the “Green Tour” on Saturday. Kelebek made the arrangements for me. My tour was with Turkish Heritage Travel. We had six tourists, one driver, and one guide. It cost 150 TL card or 140 TL cash. I have written about my experience below, but here is another link that outlines the timetable and goes into more historical detail than I tend to include.

While the weather forecast looked questionable, the rain held off and we had a lovely day.

Our first stop was a view point where we were given background on the region and taught about the different rock formations in Cappadocia. 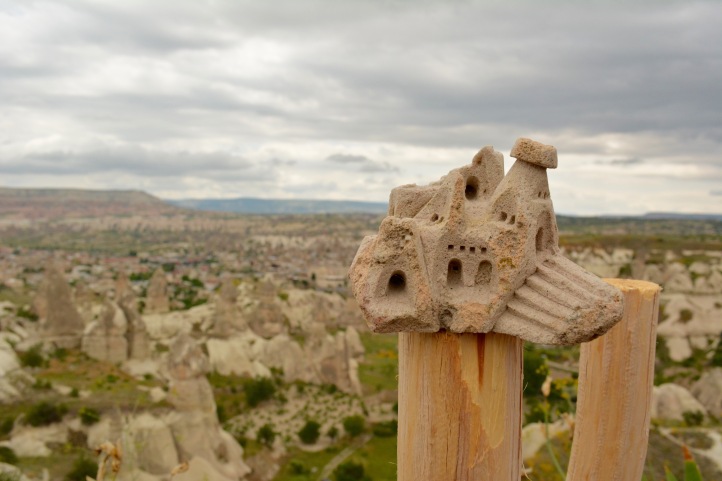 Our next stop was Derinkuyu Underground City. This is known to be the deepest underground city while another tour features the widest. Our guide talked us through the ventilation system, safety measures used against invaders, and showed us the church, grain storage, water well, and so on. We connected hands as a group and explored dark passageways. While it was not hot, it was humid down there. Imagine adding 2000+ people breathing… It just amazes me that such a labyrinth could be carved out of stone. What man power that must have required to create!

(I don’t have any good pictures of the Derinkuyu, but there are some in the links above.)

Next, we explored the Ihlara Valley. Maybe halfway down the stairs, we stopped to take in the view. After the stairs, the entire hike is level.

We followed our guide to a cave church and admired the remaining paintings on the ceilings and walls.

As we carried on, our guide kept running off the trail to pick fresh asparagus which became a joke amongst the group when one person didn’t know what it was so he tossed it aside. We followed the river to a rest stop where there was delicious, fresh orange juice and a woman making gozleme.

At the end of the valley, we walked right into at a little place on the water for lunch, which was included in the tour cost (except for drinks).

Our next stop was Selime Monastery. You have to be pretty sturdy on your feet for the first bit. It was steep and a little awkward, but our group was really awesome about helping each other get up, down, and around.

Next stop: Pigeon Valley, which is essentially another nice viewpoint. The tiny pigeon holes that you see everywhere were used to collect their droppings which were then used for fertilizing what little soil the region had. An added bonus is that it naturally preserved some of their paintings in the churches!

The tour ends with an onyx factory and, if you’re interested, we were also offered a visit to a carpet store. While the onyx didn’t personally interest me, I do love carpets.

I thought this tour was wonderful and I definitely recommend it. I think the value for money was great as I didn’t have to rent a car, I only had to walk one direction in the valley (saving time), lunch was included, and I enjoyed our guide. Cappadocia is quite spread out, so if you are not renting a car, you should definitely plan on taking a tour to explore the surrounding areas.

I woke up early Sunday morning to watch the hot air balloons take off during the sunrise. To my surprise, a cat had joined me overnight! I had slept with my window open for some fresh air as it wasn’t hot enough to justify using the air conditioner. I yelped a little, startled to see something on my bed that I didn’t recognize. When I realized it was a cat, I smiled and laughed. “Only in Turkey”. 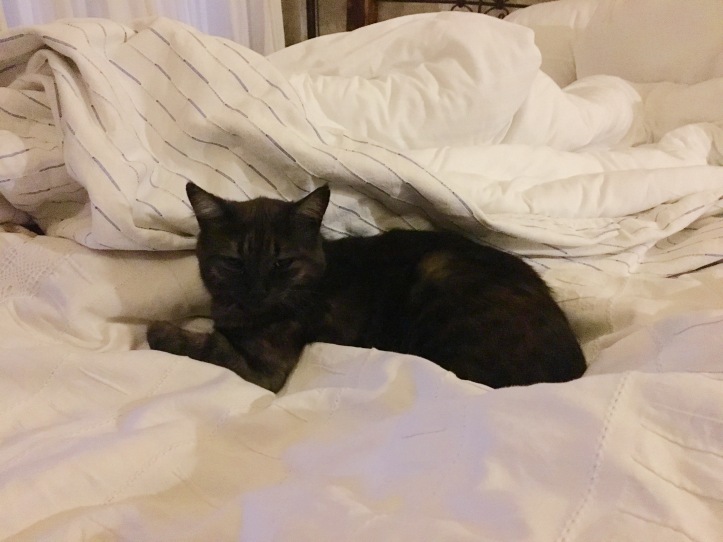 I know I’ll be back to Cappadocia before my time in Turkey comes to an end, so I didn’t feel it was necessary to ride in the hot air balloon this time. Eventually, of course. I was happy to watch the balloons from the hotel on this trip. I made my way over by the pool and up onto a balcony to enjoy the view. 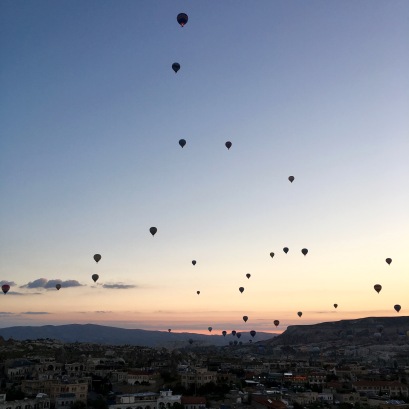 After breakfast, I walked over to the Goreme Open Air Museum. I renewed my Muzekart to cover my entrance as a resident of Turkey (which you could also use at some of the sites on the Green Tour route as well if you were doing it on your own).  The Open Air Museum is otherwise 25 TL.

You don’t need much time at the museum. Maybe an hour. As much as I enjoyed exploring the old churches and admiring the paintings, I think I enjoyed climbing around the rocks before the entrance to the museum more. The museum wasn’t too crowded, but at some point I got tired of listening to the young woman who was making a music video sing her song on repeat. Plus it was hot. Very hot. 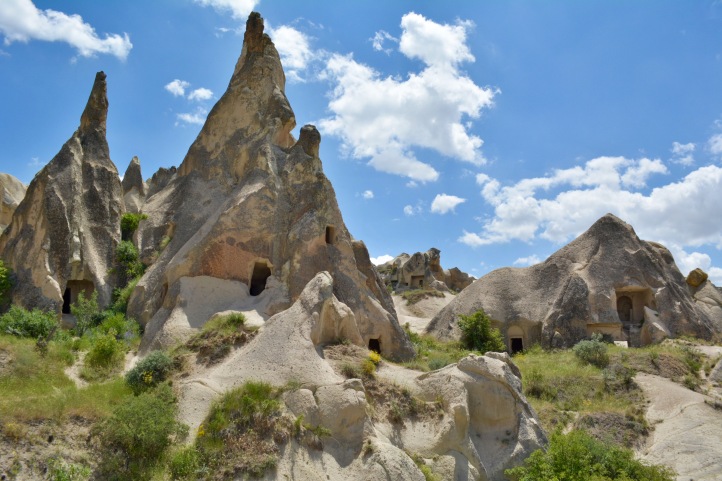 I had water, sunscreen, and my hat, but I decided to skip Love Valley on my way back (I’ll be back anyway) and go enjoy the pool at Kelebek instead.

I went around the corner to the restaurant in the Sultan Cave Suites for dinner. I had an incredible lamb shank dinner before collecting my things and returning to the airport.

I LOVED my weekend in Cappadocia and I can’t wait for my next visit. Maybe next time I’ll camp with horses?

If you’ve been to Cappadocia, what was your favorite part?