Norway in a Nutshell: Winter

I stayed at the Saga Poshtel my first night (great breakfast, terrible mattress) and spent a few hours enjoying the free walking tour (leaves from the tiger near the train station). The tour was great, taking you to the oldest bits of the city, the opera house, the view over the port, the art in city hall, and so on. I’d recommend taking the time for it. Following the tour, I took a quick tram ride up to the statue park that my Aunt had recommended I see. Go when it’s more light out if you can. Afterwards, I climbed up the roof of the opera house to take in the view. Definitely do so! 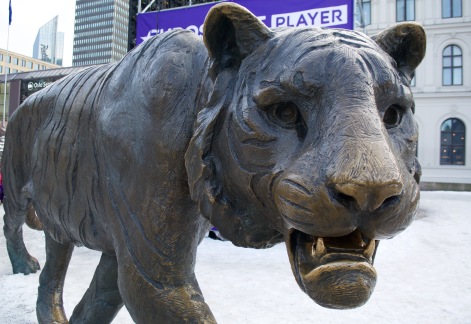 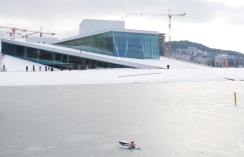 I spent the second night at the Best Western Karl Johan (great breakfast, great bed). Both accommodations had a fantastic breakfast. Following breakfast, I made my way to the train station to begin my Norway in a Nutshell journey. Don’t forget to pack some train snacks!

I recommend booking in advance. Despite that February isn’t peak travel season, the train between Oslo and Bergen DOES fill. I booked my ticket in the train station the day before I intended to board the train. As a result I did not go all the way to Bergen and complete the “Nutshell” tour. That said, I felt satisfied with what I did experience.

I took the train from Oslo to Myrdal. For the first hour or two, there’s nothing special about the train ride, but at some point, the landscape was a wide open winter wonderland. I couldn’t stop staring out the window, admiring the lodges nearly buried in snow and the people enjoying a variety of winter sports.

In Myrdal, I jumped on the Flam Railway, known to be one of the most beautiful train journeys in the world with impressive switchbacks. The train itself is beautiful and they announce information about the train throughout the one-hour ride.

I think I would have personally enjoyed this part of the Nutshell experience more in the summer season because I would have liked seeing the colors and the waterfalls. The perk of winter, however, was that I could jump between the left and right sides of the train for pictures and videos without bothering anyone. 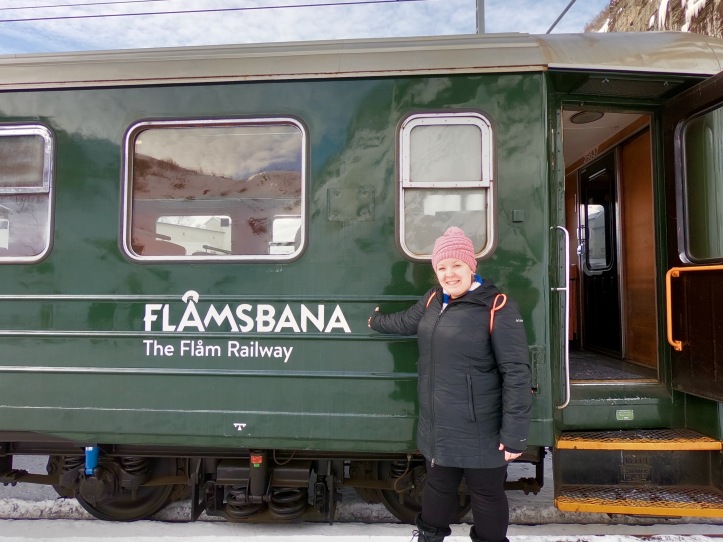 I spent the night in Flam. This was a great way to break up the travel time. I stayed at the Flamsbrygga Hotel, which made this an expensive pit stop. I booked this room because I thought every room had a view of the water. That was not the case. My room was very tiny, dark, and had a view of the roof.

I went back to reception and insisted that at that price during the winter season, they must have another room available. Initially I was told I would have to pay the difference for a room with a balcony. I said, “I don’t need a balcony. I just want some natural light from the window and to see the water.” They ended up changing my room to one with a balcony down the hall at no extra charge. The bed was comfortable and the breakfast mediocre. Yes, Norway is an expensive country, but I think this hotel was very over priced for what you’re getting.

If you do stay in Flam, just note that, while pretty, there isn’t really anything to do. If I could do it again, I would have added an excursion to the Stegastein Viewpoint. It’s about $40-50 USD from Flam, but you get a birds eye view of the fjord and surrounding mountains, which I would have loved. The fjords are lovely from the ground, but I don’t think one can appreciate the majesty of it all from that angle. They just look like lakes rather than huge, connected bodies of glacial water.

After breakfast, I made my way to the boat to begin the tour of the fjord. Again, since it was winter, the boat was not full. This was probably my favorite part of the entire journey. It was stunning.

After the boat, I took the bus from Gudvangen to Voss. Much like the Flam Railway, I think I would have enjoyed this more in the summer season. It was there that I took the train back to Oslo instead of continuing on to Bergen as most people do. Part of me wishes I had made it all the way to Bergen, but the other part says, “I’ve spent enough money and I’ve seen what I came to see.” Maybe I’ll finish the journey another time. I’d love to come back one summer and do some hiking, but in the meantime, I need to let my bank account recover.

For my last night in Oslo, I stayed at the Comfort Hotel Borsparken. It was a close walk to the train station, making it easy to get back to the hotel in the morning. The check-in was a little weird as it is both the bar and the reception. The hotel itself felt a little like a college dorm, except they were private rooms, but it was comfortable and quiet, and the breakfast was fine in the morning.

That sums up my adventures to Norway for this year. Till next time!