Blonde to Brunette and Back Again

I’m currently reading the book “Aylin” by Ayse Kulin. At one point, Aylin, a Turkish woman, goes from studying modeling in Paris to studying medicine in Neuchatel. Her sister, Nilufer, went for a visit one holiday:

Nilufer…did not recognize Aylin when she saw her in the distance at the train station. Attractive, chic and sophisticated Aylin who had turned heads in the streets of Paris, who had made all the men and women in a restaurant look at her, was wearing faded blue jeans, no make up and blended in with those around her…

When they reached home, Nilufer asked, “What’s the matter with you? Are you so broke? … Your hair… it’s like no hairdresser has touched it.”

I literally laughed out loud because after living in Istanbul for a year, this passage SCREAMED Turkish culture. The Turkish people are always put together. No one EVER goes out with wet, sloppy hair like I do every day back home in America. The salon or barber is regular part of Turkish routine.

Back home, I had my hair trimmed once or twice a year. I never colored or learned to style my own hair. My cut was always in simple layers and I scrunched a tiny bit of Catwalk gel into my curls each morning.

When I moved to Turkey, men and women both touched my hair everywhere I went. While I may be a perky, huggy individual, I’m also surprisingly hands-off. I did NOT enjoy having strangers in my personal space. It was never aggressive. I never felt unsafe or harassed. I just didn’t like the attention.

I thought, “This is a city FULL of foreigners. Surely I am not the only natural blonde with curls.” There are even regions of Turkey that have natural blondes, so I couldn’t believe that my look was anything special. One night, I decided that I had had enough and went to the salon to color my hair.

Overwhelmed, I looked at all the color samples. I had decided to go with red. The stylist said no and chose a copper color instead. As they prepared the dye, I was offered tea or coffee, as is typical Turkish hospitality both in the home and in business.

All the stylists were men. The only women working there were doing manicures and pedicures. One man translated, another washed my hair, another did the cut and color… I saw three men working on one woman’s hair at the same time! I thought that only happened in Hollywood.

I loved the way the color turned out. When they uncovered my hair, I screamed and smiled. I had never seen my roots anything other than blonde. The most glorious part of the experience, however, was the “blow-out” where they used one of those round brushes-of-death-and-tangles to curl my hair. That was it. When I saw the finished product, I knew that I had been sucked into the Turkish salon culture. I started going to the salon every month. 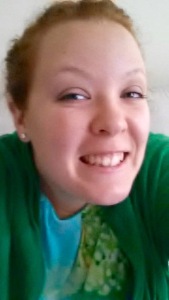 What amazed me was that my mission had been accomplished. No one touched my hair.

When the copper began to change colors and my blonde roots returned, I decided to dye my hair darker… Personally, I think they chose a color that was too dark, and they didn’t do my eyebrows, so I didn’t fully embrace this look, but I did love it when I wore black.

The time came to decide if I was going to let my hair grow out, touch up my roots, or color it again. At that point, I decided that I missed being blonde.

We tried to match a color splotch to my roots so that I could dye it just once more with the hopes that the dye would match my roots next time. Due to my stint as a brunette, my hair had to be bleached in order to recolor it blonde. When we finished that step, the bleached blonde looked very close to my natural color, so when they colored my hair, it didn’t have to set very long.

At Baby Face in Taksim, a cut is 30 TL. A wash and blow-out is only 15 TL. It’s common for women to go in just for the wash and blow-out. That’s what I started doing every now and again as well. So for about $7 or less (depending on the USD-TL exchange rate), you can have someone else wash and dry your hair, using amazing products and oils. “$7 or less? Shut up. I may never wash my own hair again.” My hair feels incredible afterwards and I don’t usually need to wash my hair for several days. 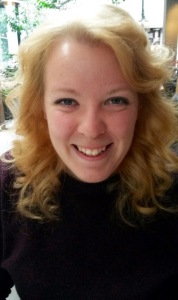 As nature would have it, my roots annoyed me again, only this time they were darker. I decided to give it one more try.

Sadly, this is the only time in my life I’ve been traumatized at a salon. When they uncovered my hair and started to dry it, I almost cried. It was nearly grey. They kept telling me that this was better for me and that it would lighten up. I insisted that they fix it immediately. I was going to a wedding in the next day or two! I didn’t want what they thought was better. I wanted my natural color! They chlorinated my hair for only five minutes or so and when it was over, it was perfect! 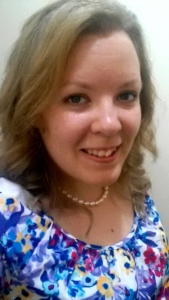 I went back for one last cut before going home for the summer. I usually have one of two hairdressers, but they were both busy that night, so a newer kid cut and dried my hair. It was a bit disappointing, but lucky for them, I’m not super fussy. As I waited for my pedicure to dry, one of my usual hairdressers came up to me, ran his fingers through my hair and mumbled something that must have meant he was disappointed. While his client’s dye set, he recurled my hair. That’s service. I told the gentlemen at the door that usually translates for me that every time I come in from now on, I have to have one of my two usual guys. “These are my guys!”

So now here I am, a year later. I’m blonde again, and I still have curls, but no one touches my hair anymore. Maybe it’s because I’m familiar to everyone now. Who’s to say… Regardless, my newfound love for salon culture started merely as my passive-aggressive way of avoiding unwanted attention.